← back to
Bokeh Versions
Get fresh music recommendations delivered to your inbox every Friday.
We've updated our Terms of Use. You can review the changes here. 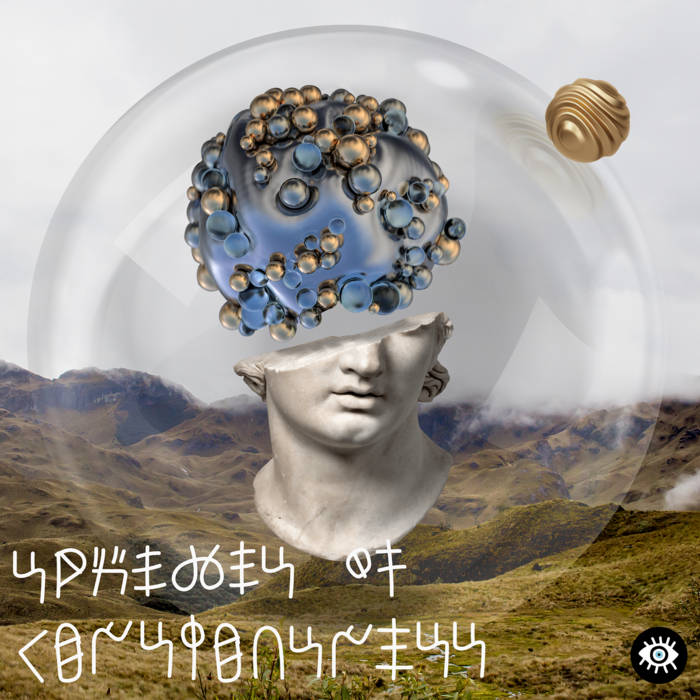 matty harris every track is fire.

Oioi! Smurphy returns! And she wants to take YOU to a higher level of existence, kid. Spheres of Consciousness presents 5 lasershots of ‘ardkore hybrids.To hell with ‘deconstructing’ rave - here the 90s ain’t reduced or compressed for modern devices but amplified with hella heavy 2020-grade bass rumbles and dizzying neck-snapping breaks for the juke generation.

We’re lucky to be hearing from the NAAFI / Leaving Records affiliated, CDMX-based producer at all. She’d all but shelved music to focus on her health; suffering loss of mobility and chronic pain from a spinal birth defect (Spina Bifida Occulta). Until Smurphy came across breatharian literature about ‘living without food’.

There’s a deep link with rave’s central DNA - the dancefloor promise of reaching that higher state - and her ongoing health conditions. These five dancefloor destroyers are wordlessly encoded with the breatharian theory. Life goes though different levels of existence like a videogame, from the lowest level as hard minerals (‘Existence’), plant and fungi life resonates as ‘Growth’, animal life resonates as ‘Instinct’, human life runs on ‘Intellect’, the boss level is ‘Intuition’ - the highest non-material sphere.

The Spheres of Consciousness EP represents a rising up, an embracing of life. Smurphy is back, healthier than ever, and in control with collaborative dancehall productions with Duppy Gun artists coming in 2021, with more music and collabs to be announced.

Jessica García was born in Iztapalapa, raised in Edomex, at the outskirts of Mexico City. She started DJing rare parties in Mexico City in 2011, joined the NAAFI crew and started producing music influenced by her favorite 90s electronic styles like eurodance, garage, jungle, happy hardcore, and other underground styles like dubstep, footwork, jersey club, dancehall...

In 2015, she moved to LA and released “A Shapeless Pool of Lovely Pale Colours Suspended in the Darkness” via Leaving Records, a smudged album of staggering breadth that was ranked in the best releases of the year in Tinymixtapes, Pitchfork, and SPIN. In 2017 she returned to Mexico and briefly changed her name to Upgrayedd Smurphy; releasing “Hypnosys” on her net label R-chv (confounded with her partner and fellow Duppy Gun producer D/P/I). She also performed at Mutek Montreal and Mutek Mexico.

At Smurphy’s request label proceeds from the release will be donated to Eden Reforestation Projects, for their work addressing global deforestation and the impoverishment of local peoples
edenprojects.org

Her sound is influenced by 90s electronic styles and bass music. Her records have been ranked in the best releases of the year in Pitchfork, SPIN, Tinymixtapes and other media. She's been recognized as a top performer in Mutek. ... more

Bandcamp Daily  your guide to the world of Bandcamp